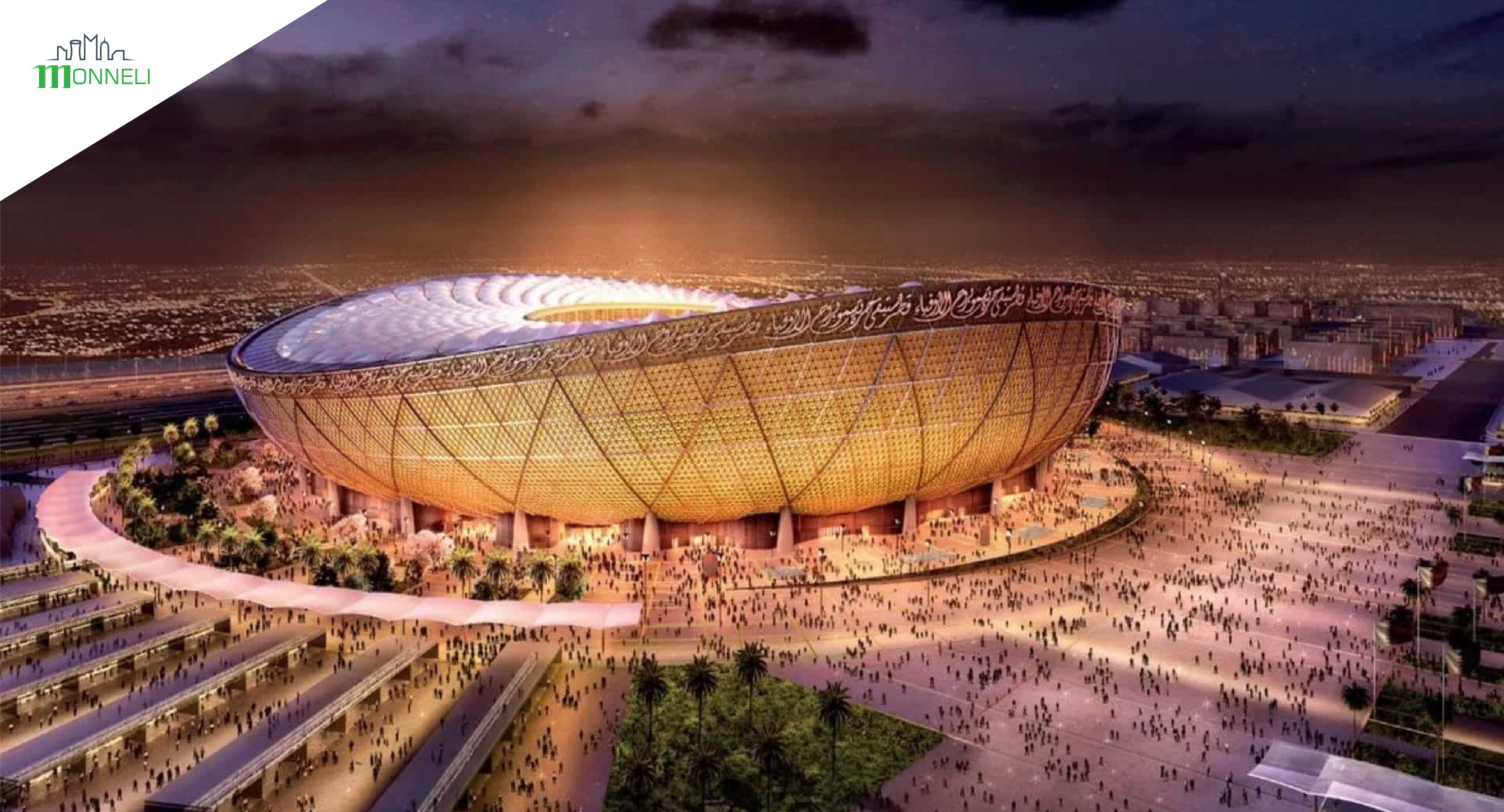 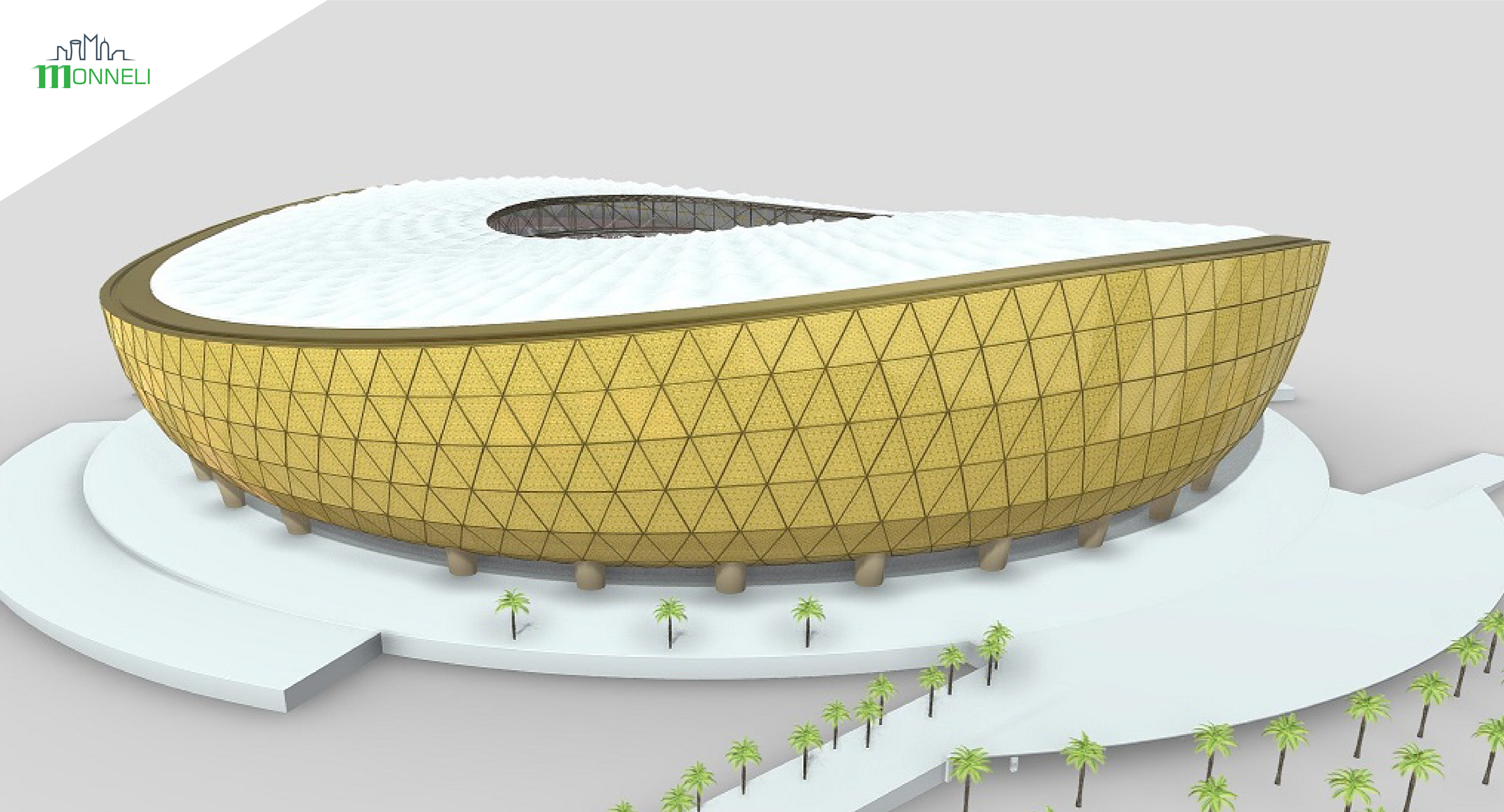 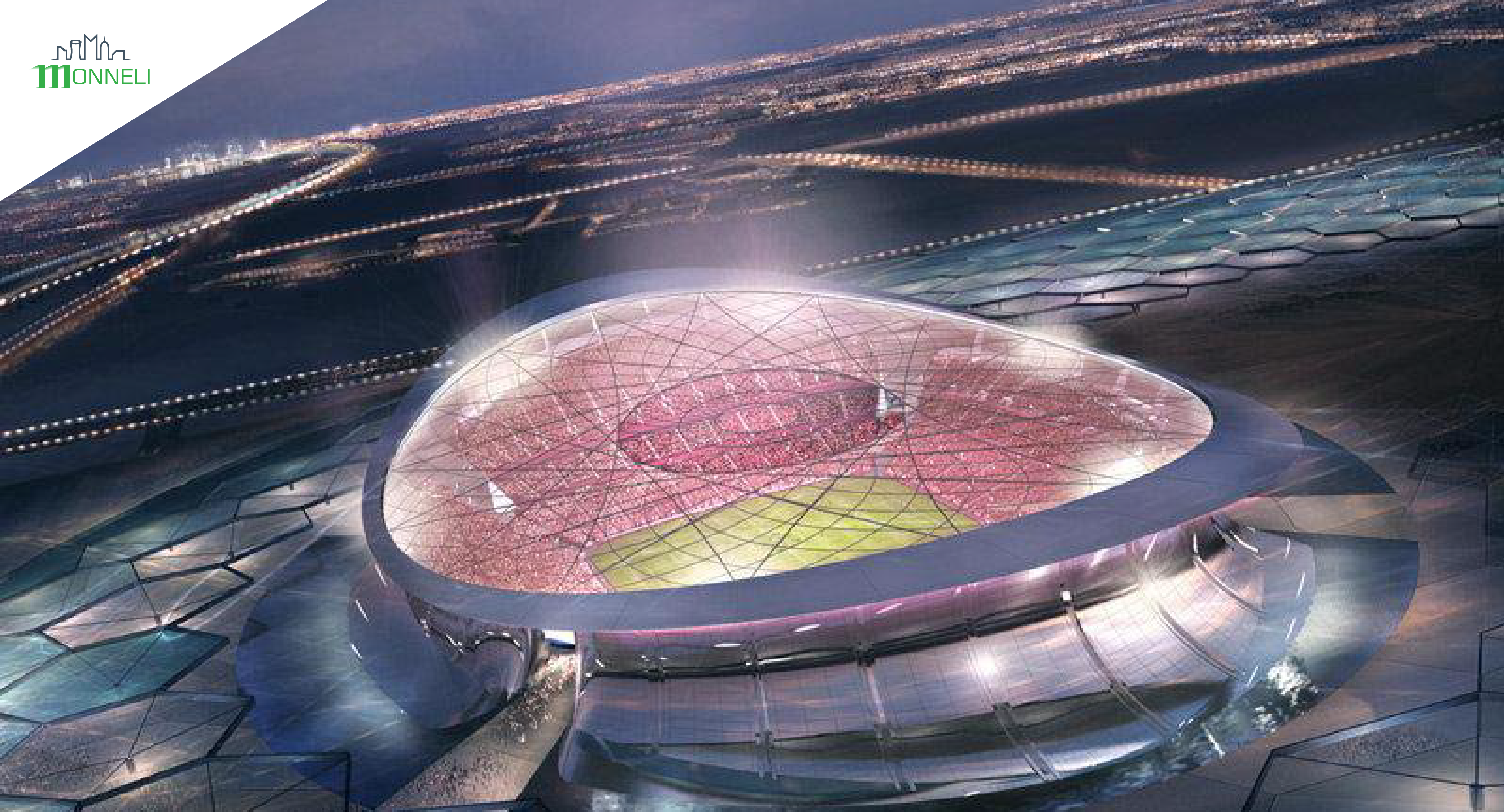 Lusail Iconic Stadium or Lusail National Stadium (Arabic: ملعب لوسيل الدولي‎) is an football stadium in Lusail, Qatar. It opened on 25 October 2021 the stadium is scheduled to host the final of the 2022 FIFA World Cup.

The stadium has a capacity of 80,000 seats. It has a near-circular footprint and sits on the masterplan's primary axis, which divides the stadium precinct into two halves. Encircled by a reflective pool of water, spectators cross the 'moat' to enter the building via six bridges. An outer pedestrian concourse extends from the water towards an array of smaller amenity buildings and a hotel at the stadium's perimeter. The British designers sought to mirror the ancient Arab craft of bowl weaving in the stadium's inner structure.